Date:
01 Oct. 2020
Changed on 01/10/2020
Ida Tucker, a doctoral student in cryptography at the École Normale Supérieure de Lyon and at the University of Bordeaux, is one of 35 winners of the 2020 L’Oréal-UNESCO France Rising Talent Award for Women in Science. She collaborated with two Inria's research teams: Lfant, in Bordeaux Center and Aric in Grenoble Center. 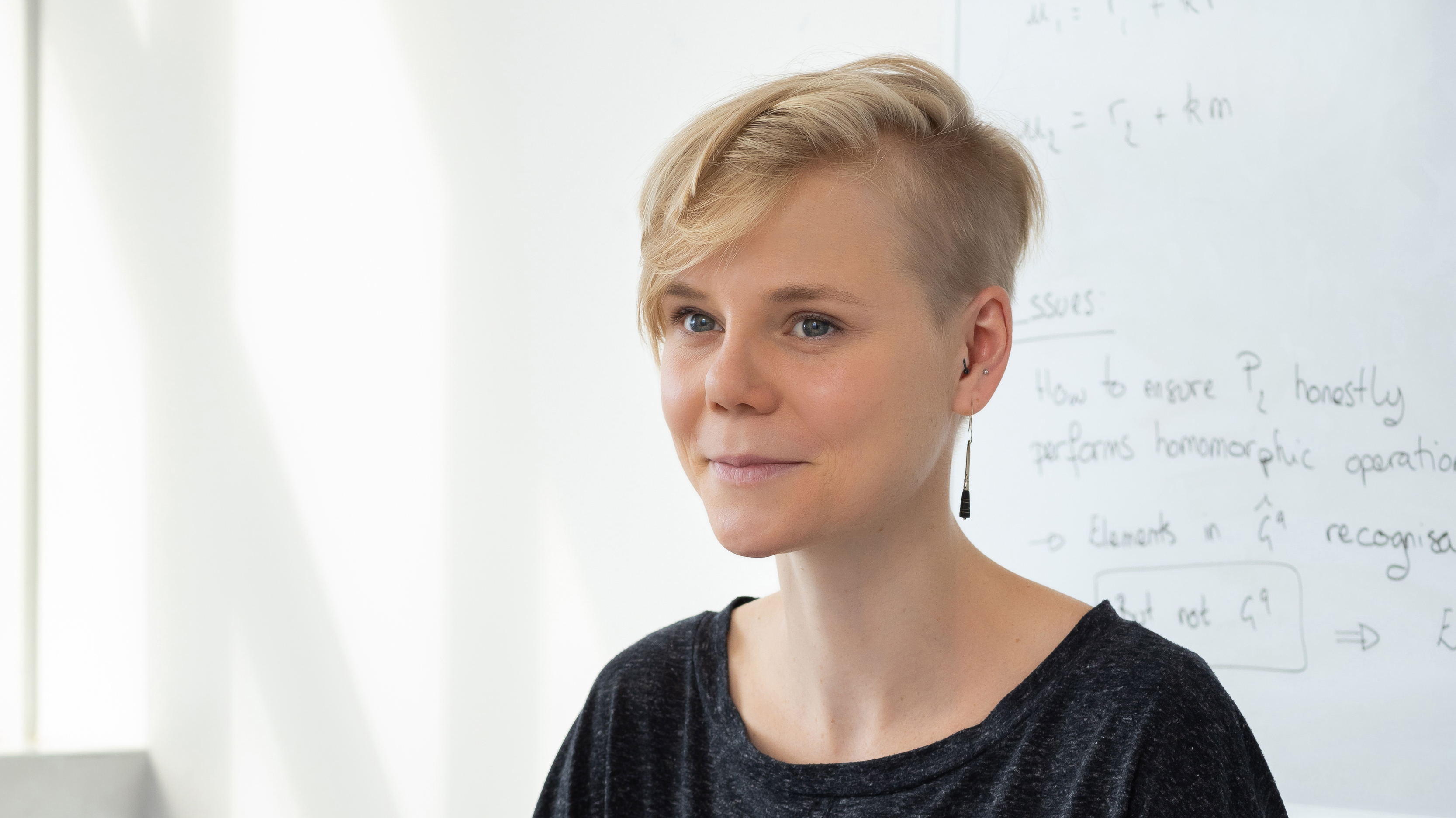 Every year, the L’Oréal Foundation supports young female researchers around the world, in partnership with UNESCO, through its L’Oréal-UNESCO Rising Talents Award for Women in Science To date, over 250 young women have benefited from this award in France. In 2020, 20 doctoral students and 15 postdoctoral research fellows have been recognized by the members of the selection jury of the French Academy of Sciences.

Among the winners is University of Bordeaux doctoral student Ida Tucker, who was honored at a virtual ceremony held on October 1st. The in-person ceremony has been postponed due to the health crisis and will be held next year, along with the 2021 awards. The young researcher will receive a €15,000 grant and will also benefit from leadership training.

Ida Tucker is in her third year of a PhD in cryptography, studying in Lyon and Bordeaux, at the LIP Computer Science Laboratory* and the Bordeaux Mathematics Institute**. She designs advanced cryptographic systems that are both versatile and effective, combining sophistication and security.

She focuses especially on functional encryption, which allows measured access to information. "Using the same encrypted database, we can give users different privileges, through secret keys called functional keys," explains Ida Tucker. Users may then only decrypt information to which the key grants access. "This is very useful for hospitals that perform clinical studies and want to share certain information about their patients while keeping other information confidential."

The young woman also works on distributed signatures. "In this case, the secret key is shared between various peripheral devices or users, who must work together to carry out a sensitive operation. This makes it much harder for hackers to steal the key." This technique is used in particular to protect cryptocurrencies.

I find it frustrating that we mainly hear about Marie Curie when it comes to women in science: she was an incredible woman, but she's a hard role model to live up to!

Ida Tucker was born in Manchester in the United Kingdom but grew up in Helette, a village in the French Basque Country. After earning her high school diploma, she left her childhood village for the University of Bordeaux, followed by the École Normale Supérieure de Lyon. Her interest in a career in scientific research was sparked rather late in her academic career. It was while she was completing her Master's degree, during an internship at a research laboratory in Montpellier, that she developed a real passion for cryptography research. "This discipline provides a perfect balance between mathematics and computer science," she says with enthusiasm. "There is also a highly-applied aspect that I really like."

Ida Tucker says that she is flattered to receive this award, which will allow her to fund her research and work with other scientists abroad. It is also a sign of support for her position as a woman in science and motivates her to talk to young women about her career so far.

As a "L’Oréal-UNESCO Rising Talents" ambassador, she would like to show young women that all scientific disciplines are open to them, including cryptography. "And actually, the first people to program computers were mostly women!"

The doctoral student will defend her thesis in October 2020 and will then join the IMDEA Software Institute in Madrid to complete a two-year postdoctoral fellowship. Ultimately, she hopes to obtain a research professor position, guided by her steadfast determination to share her passion for science.