Date:
27 May. 2020
Changed on 29/05/2020
During a week dedicated to Europe, Inria Bordeaux is highlighting the experience of its researchers. After training as an IT engineer, Fabien Lotte quickly became a specialist in brain-computer interfaces, a field in which he is currently exploring possibilities through an original approach: concentrating on the human data of the interface, instead of on the computer. The winner of an ERC (European Research Council) grant in 2016, he looks back on his career and the collaborations that have enabled him to better understand the factors governing learning in order to improve the mental control of interfaced systems. 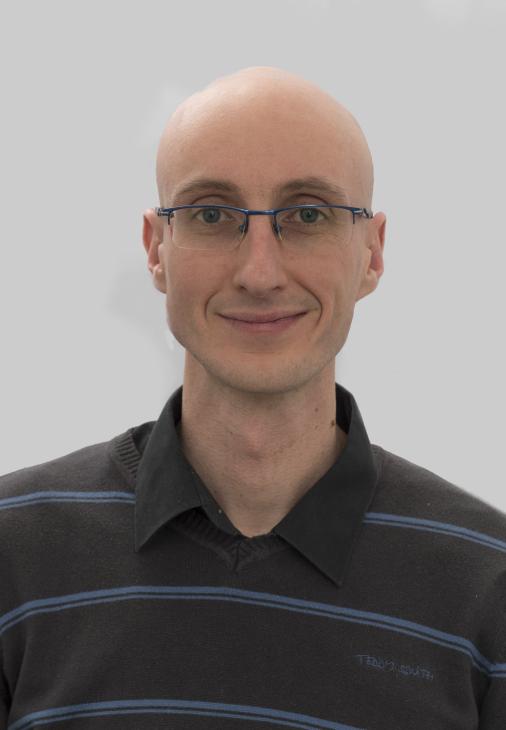 It was during an end-of-course internship in Bruno Arnaldi’s SIAMES team at the Inria centre in Rennes that researcher Fabien Lotte first came across human-computer interfaces. This was back in 2005, a time when France was still lagging behind other countries in the field.

Although he hadn’t planned to study for a PhD, Lotte became one of the first PhD students in the country to study brain-computer interfaces, under the direction of Bruno Arnaldi and Anatole Lécuyer. . His subject? Designing an interface capable of interacting with a virtual environment by analysing brain activity. The multidisciplinary nature of this challenge quickly proved to be a strong motivating factor, involving cognitive science, mathematics, neuroscience, etc. In order for an interface to be successful, IT has to draw on knowledge from all of these areas. “This is still a very new field, where everything is still to play for”, explains Fabien Lotte. “It’s very exciting, because there are lots of things to be discovered and understand, and we really feel like we’re helping things progress”. Not to mention the science-fiction aspect to it, something that this self-professed geek particularly appreciates.

Fabien Lotte was awarded two thesis prizes for his PhD, completed in 2008. This also give him the opportunity to participate in the first French BCI* (Brain-Computer Interface) project, funded by France’s National Research Agency: OpenViBE. More than 10 years later, the freeware that was produced remains widely used in the design of brain-computer interfaces pretty much everywhere in the world.

He later travelled to Singapore for a two-year postdoc, between January 2009 and December 2010, at the Institute for Infocomm Research, which at the time had just won an international BCI competition based on the analysis of electro-encephalogram (EEG) signals. As far as Fabien Lotte was concerned, the renowned laboratory had the added advantage of being in a far-off, English speaking country. During his time there, he worked on analysing brain signals and developed a method combining signal processing with artificial learning to improve the identification of movements in brain activity measured using electroencephalography. This enabled him to develop “algorithms capable of accurately recognising whether or not an individual is imagining moving their left hand or their right hand, with a shorter calibration time”.

During the second year of his postdoc, Lotte applied for a number of positions before accepting a post at Inria in Bordeaux, because the lack of any teaching would leave him more time for his research. He joined Inria as a research fellow in 2011, moving to what was then in the process of becoming the Potioc team, directed by Martin Hachet and specialising in human-computer interaction.

Although his previous work had primarily focused on the computer aspect of interfaces - how to analyse signals and use them in order to control systems - Fabien Lotte made the transition towards the human aspect while working alongside Martin Hachet. Together, through joint supervision of PhD students and postdoctoral researchers, they would prove that it was possible to measure mental loads, i.e. the level of mental effort exerted by an individual, by analysing EEG signals. This enabled them to obtain objective data on the difficulties people encounter when learning to control a given interface. Fabien Lotte also became interested in the fact that, in order for a brain-computer interface to function correctly, it’s not enough for the machine to be effective - the human also has to be capable of producing clear and distinct brain signals that can be recognised among all of the other signals from their brain activity.  Collaborations with researchers from cognitive science, neuroscience and psychology Pondering this issue, Lotte, “who knew nothing about the human aspect”, began to wonder which information should be fed back to users to make it easier for them to learn - a somewhat unusual approach! Although research into the computer-specific aspects was commonplace in this field, whether this involved algorithms for artificial learning or signal processing, relatively little research was being carried out in relation to the other side of the interface: understanding how humans control systems, and why between 10 and 30% of us are unable to do so. With this in mind, Fabien Lotte initiated collaborations and joint PhD supervision with researchers from the fields of cognitive science, neuroscience and psychology. Certain skills, such as the ability to isolate and manipulate mental images, could be used to predict whether or not individuals would be able to control the interface, unlike other mental states, including anxiety.

This original line of inquiry earnt him an ERC (European Research Council) grant in 2016, which Lotte saw as a godsend: “it really boosted my visibility, in addition to giving me a lot more work! Since receiving the grant, people want my expertise, they want to work with me… I’m even asked to give keynote addresses at conferences!” The biggest effect of grant, however, is that it allowed Lotte to set up an ambitious project through funding granted for 6 years. This led to the recruitment of a number of PhD students, a postdoc researcher and an engineer for his team. Fabien Lotte carefully selected people with skills from a range of different disciplines, building the sort of mixed team that has become emblematic of Inria’s approach to research. Although they all come from different backgrounds, they all share a common goal: developing tools designed to give humans greater control over brain-computer interfaces.

PhD in IT from the INSA Rennes

Creation of the Potioc project team

Using a brain-machine interface to recover after a stroke

Alongside Dr Bertrand Glize and Professor Pierre-Alain Joseph from Bordeaux University Hospital, Fabien Lotte has been working since 2016 on a specific application of brain-computer interfaces: helping with rehabilitation. After a stroke, many patients suffer from brain lesions that can sometimes lead to paralysis of their limbs. According to recent scientific literature, recovery can be boosted if the intention on the part of a patient to move their paralysed limb can be detected, triggering a response action: visualising a virtual arm performing the movement, moving the limb in question through a robot or sending vibrations. This year, the researcher and his partners launched a clinical project. Their goal? To determine which patients might benefit most from detection of this brain motor activity and which type of feedback might be most effective in rehabilitation.