Date:
20 Feb. 2018
Publish on 29/01/2020
On 19 December 2017, Inria and Fujitsu signed a partnership agreement for a joint research programme on artificial intelligence and big data. Frédéric Chazal, the DataShape Project Team Leader at the Inria Saclay Île-de-France research centre, has committed to a 30-month collaboration as part of the programme. 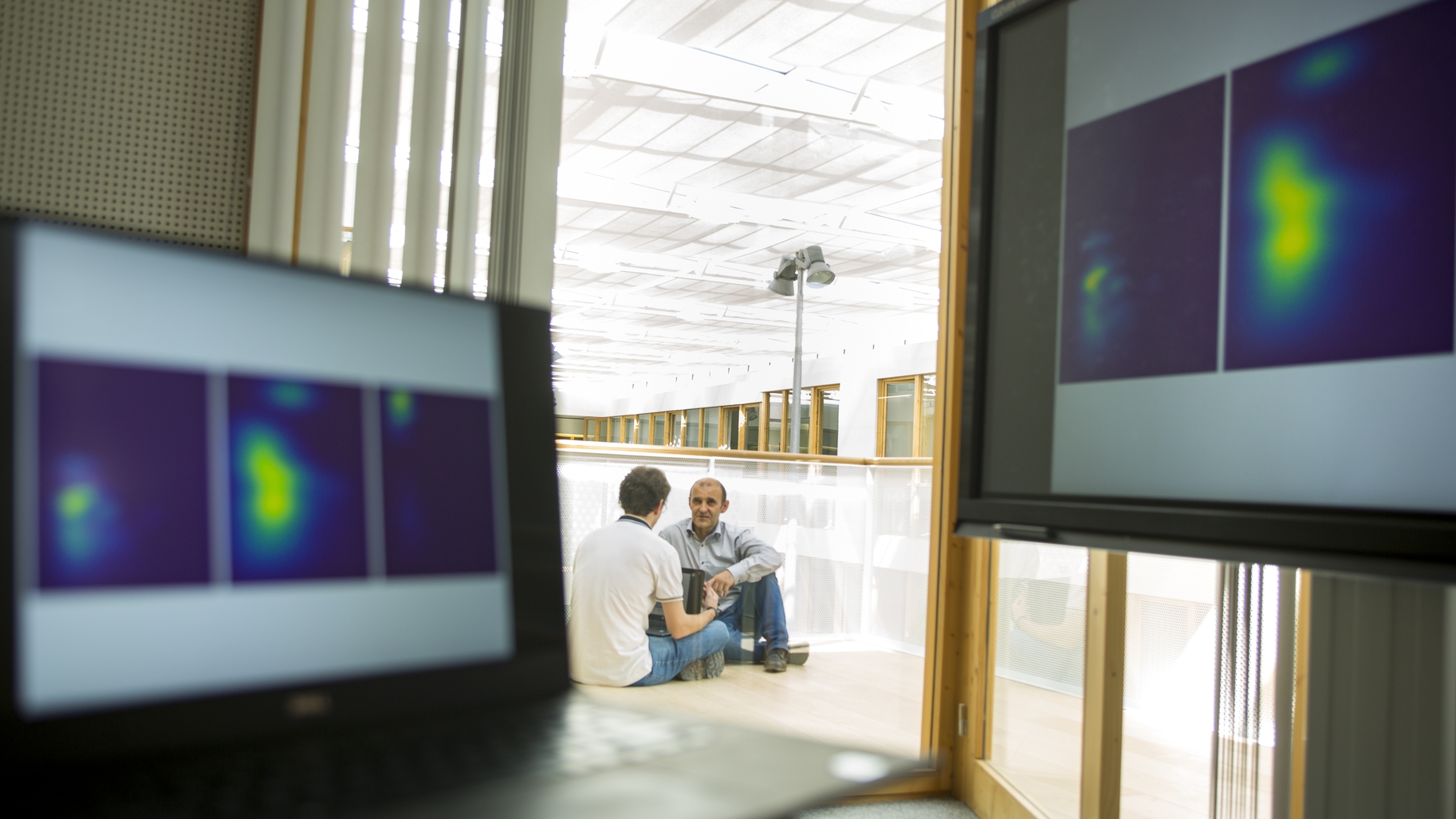 The partnership is part of a huge five-year investment plan established by Fujitsu Japan to support digital innovation in France. Chazal recounts, “For the research stage of this plan, Fujitsu had previously identified Inria--and the DataShape team in particular--as a potential research partner, having obtained very promising results with the tools developed by the team.”

The joint research programme with DataShape is based on developing methods of topological data analysis(TDA) for learning purposes. This is a recent and, above all, rapidly growing field where the aim is to understand and leverage topological and geometric structures underlying complex data, particularly those resulting from connected objects (IoT - Internet of Things). The DataShape team has played a pioneering role in the development of this field.

In concrete terms, the collaboration will involve developing a new topological and geometric toolkit for data analysis and artificial intelligence, as well as solving a range of real issues encountered by Fujitsu and its partners.

“Some DataShape team members will be making regular trips to Japan in order for this joint research programme to be successful,” explains Chazal. “One of our post-doctoral students will soon be leaving to spend three months in Japan. The same applies in reverse, as we will be welcoming Fujitsu colleagues to France on a regular basis. Fujitsu has already agreed to hire a post-doctoral student for two years.”

Confident that the collaboration will be a success, Chazal adds that this research partnership is based on mutual trust and transparency between the Inria and Fujitsu teams.

The partnership will enable the DataShape team to better anticipate the needs and expectations of industry. According to Chazal,“By applying the results of DataShape's research work to industry and the challenges it faces, the team will gain a better perception and understanding of industrial needs and applications and will undoubtedly be able to identify and develop new lines of research.”

Meanwhile, the partnership will enable Fujitsu to expand its skill set, as well as its product and service offering in the field of artificial intelligence. The collaboration will make it possible to combine both the corporation's know-how and technology with the expertise of the DataShape research team in order to develop new AI learning technologies based on mathematics and state-of-the-art computing.

A win-win partnership where researchers and industries will share their expertise and experience for the benefit of research.

Fujitsu plans to invest over €50 million in France (around 6 billion yen) over a five-year period, with a view to supporting the country's digital innovation. This initiative, based on a collaboration with the French government, aims to develop new services and technologies.

In real terms, it means funding three major areas of development in addition to the partnership with Inria: