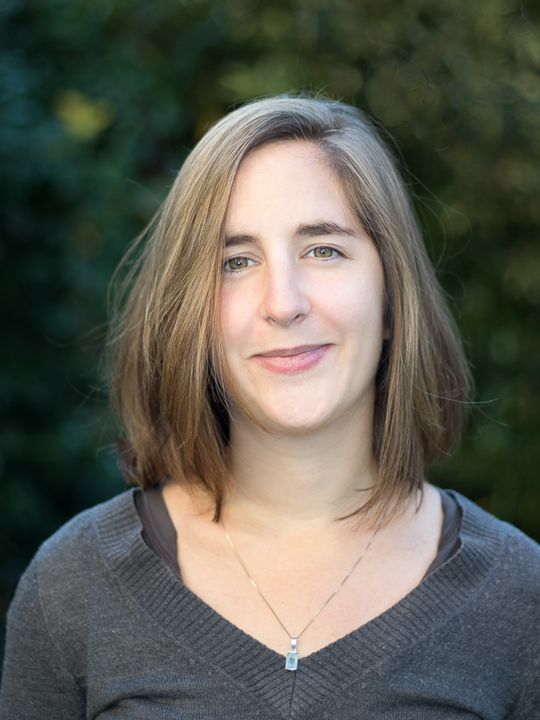 Tell us a bit about how you got here

Subsequently, I began work on my thesis as part of the Inria Reo project team under the supervision of Jean-Frédéric Gerbeau and Irène Vignon-Clémentel. I studied mathematical and digital models of blood flow in the liver and liver function, working alongside surgeons (from Paul Brousse Hospital and Tours University Hospital) and the company Fluoptics.

Following a post-doc in Lyon as part of the Inria Dracula project team, during which time I worked on using statistical methods to understand variability in immune responses, I was appointed to the role of lecturer at the Sorbonne in September 2018.

You were awarded the AMIES thesis prize, could you tell us more about this award?

It's a prize awarded by the AMIES (Agence pour les Mathématiques en Interaction avec l'Entreprise et la Société - the Agency for Interaction in Mathematics with Businesses and Society), which is sponsored by the learned societies SFdS (Société Française de Statistique - the French Statistical Society), SMAI (Société de Mathématiques Appliquées et Industrielles - The Industrial and Applied Mathematics Society) and SMF (Société Mathématique de France - the French Mathematical Society). This prize is awarded in recognition of doctorate level work carried out partly in collaboration with a company and which had implications for the company and/or society as a whole.

Which research project did you present?

I presented my research project on estimating kidney function in the operating theatre, which was carried out in close collaboration with the company Fluoptics and surgeons from both Paul Brousse Hospital and Tours University Hospital.

The motivation behind this was to use mathematical models and methods in conjunction with fluorescence analysis techniques developed by the company Fluoptics. The goal was to develop a way of quantifying the phenomena that were observed and to enable surgeons to estimate kidney function during operations, thus making it possible to predict/prevent post-op complications.

[...] mathematical research is not always a solitary task, [...] it can also be a joint undertaking, involving public and private cooperation.


What will this recognition allow you to do?

This recognition gave me the opportunity to present part of my thesis to an extremely varied audience at the Forum Emploi Math. It will also help promote applied mathematics (particularly when applied to biology and medicine), which is my field of research. I also feel that it’s important to show both students and my colleagues as well that mathematical research is not always a solitary task, but that it can also be a joint undertaking, involving public and private cooperation.

At the same time, it’s a real pleasure to have been assessed by a committee of experts and to know that my work has been given this level of recognition.