Catherine Bonnet: "When I was 17, I couldn't imagine doing anything but maths all the time"

Date:
12 Mar. 2012
Publish on 20/02/2020
For the first annual Maths Week, March 12-18, the theme was "Women and Maths". It offered an opportunity to interview three researchers and team leaders at Saclay, with three different profiles and careers, but who all chose to discuss with us their choice to work in science and research. This week we met with Catherine Bonnet, head of the Disco team. 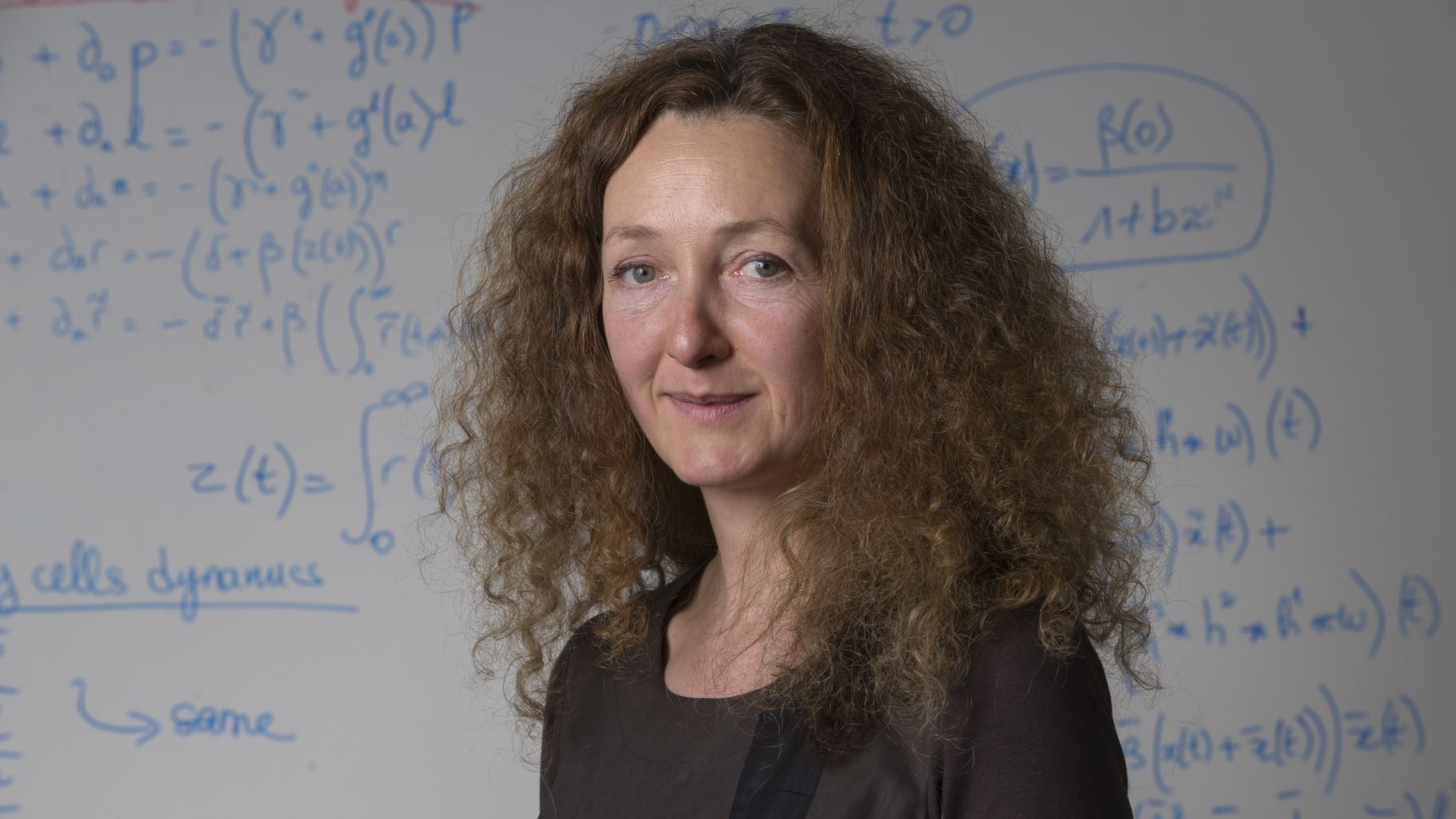 I had a taste for maths right from the start. In secondary school and high school it was my favourite subject. I liked cut and dried things , where you started with a problem and ended up with a clear and irrefutable answer. When I was 17, I couldn't imagine doing anything but maths all the time. It was my passion, but afterwards I wondered what I could really do professionally and how I could make a living! At the time I didn't know you could do research in maths, so I thought about being a maths teacher...

When I was in college I started with a Bachelor in maths, but then I went on to do a Master in applied mathematics because I wanted to get into a field that involved problem solving as I started to consider becoming an engineer. In keeping with that idea I did a thesis on a subject applied to aeronautics, on a way to reduce the mathematical model of the Dauphin helicopter. It was a theme in high-level engineering, but all the techniques existed already. I just refined the theory using a specific example, but without being certain it could be applied to another one. I wasn't universal, but a highly specific solution. What interested me was a theory that could be used to solve any case, I felt the need to develop new methods, to do academic research. So I decided to do another thesis. I was interested in a specific case, the reduction of models in finite dimension (using 7 equations instead of 15 to describe a system). I opened the problem to switch to infinite dimension (a vector defined by an infinite number of points). After working briefly as a maths professor at a university, I did two post-doctoral assignments that really changed my career.

During my first Marie Curie post-doc in England I worked with a real "purist" in maths. He was meticulous, with this real love of research in and of itself, this taste, this curiosity, this enthusiasm that you feel when you find something . It wasn't very much, but working with someone like that, after I had just completed my thesis, it means working with someone who is like you and takes pleasure in making progress, understanding more, someone who isn't worried about hastily publishing an article he isn't completely satisfied with. He  was someone capable of taking out a piece of paper on a train station platform and saying "I was thinking about your problem the other day..."

My second post-doc assignment was at the Rocquencourt centre, with Michel Sorine. After pure mathematics, it allowed me to avoid being stuck in a self-feeding cycle where you're interested in 1,000 little mathematical problems in a field where they may never come up and to focus on something. I had never worked in control before so Michel Sorine had to teach me everything I needed to know about control systems. He put me back in a context, reminding me that we do all this work to control systems and in the end they should work.  At that moment in my career path, even if I already had a taste for solving practical problems, it was an important stage to work with such a personality.

I think that in order for our progress to have an impact we need to know how to go outside the world of maths and communicate with other fields.


After that I was hired by Inria for the same project. In this job I could explore the limits of theoretical techniques while working, at the same time, on concrete examples in fact. I have always loved applying mathematical techniques to universal questions, things everyone can use, this piling up of knowledge where anyone can use the results in the end. But for me it's not a contradiction to love solving problems too. The important thing is to do it in a "clean" way, that is to say if the problem is too difficult in the beginning and you make an approximation to solve it, if you're not capable of measuring the approximation to offer a precise answer, that is of no interest to me.

In my field of control, I don't want to do maths for maths sake, without any real connection to applications. That seems simple enough, but it's easy to fall into this trap with maths, where when you're solving a problem you’re tempted to solve a very similar one where you just change the hypotheses a little and so on...You mustn't go round and round in your bubble, focusing on problems that feed themselves. You can do a lot without venturing outside the world of maths, but I think for our progress to have an impact at a certain point we need to go outside and communicate with other fields. The rift between pure and applied maths doesn't mean much because, in the end, vis-à-vis your colleagues, you are always in the applied field of someone or the theoretical field of someone else . What's exciting within our own team is the convergence of very different and highly complementary techniques to solve the same problem.

Shortly after being recruited by Inria, in 1996-97, I discovered the Femmes et maths (Women and Maths) association. It was thanks to a forum for young mathematicians, organised once a year at the time, which I simply attended because my best friend was presenting a project along with other doctoral students. After the sessions on research techniques, there were more open sessions and discussions, on women and science, their place in history and in society. And in the end  I experienced it as a space for discussion where you could share your conceptual vision of women’s roles. There was a mix of experiences, a feeling that something was coming to a head, something active, in the search for why and how we had all ended up there . There was more than a militant side to it; we knew there was everything to be done and that we needed to commit to welcoming new women researchers each year. The founders had created the association in 1987, when the ENS (Écoles Normales Supérieures) started opening mixed classes, when we there was a shift from entire graduating classes of young female mathematicians to just a few young women in these mixed classes. We couldn't understand why all of a sudden there were hardly any young women in these top engineering schools. Today female researchers really need to mobilise to keep the association alive, because there is a growing need but not enough volunteers to make it work. At the same time it is increasingly difficult to integrate this type of commitment in the career paths we have now. And yet, we know that initiatives like these encounters between doctoral students and seasoned researchers or the "Girls and maths, a brilliant equation" days, organised with Animath for secondary and high school students, always have a positive impact.

A system is a set of components that is subject to an input, that is to say a command, and produces an output or, in other words, a result. For a system to produce the desired response it needs to be controlled and that requires an appropriate mathematical formula. In the Disco team we work on complex environments, on connection failures, loss of data or integrating the human factor in control loops. The type of mathematical tool can be helpful, for example, in the treatment of acute myeloid leukaemia, where the system is the patient and the control is the medication. Thanks to our contribution in mathematics, we can see whether administering one type of medication or another will produce the desired output, that is to say, if the cell population returns to the normal level.