Date:
24 Oct. 2019
Changed on 03/01/2020
Leading mathematician Benoît Perthame is a key personality in the international scientific community. A specialist in kinetic equations, he has been a pioneer in the field of "bio maths" since the 2000s. His mathematical modelling of Darwin's theory of evolution, his studies on cancer or the organisation of cellular communities all demonstrate his capacity to invent new concepts and develop analysis tools applied to the life sciences.

There was nothing to suggest that Benoît Perthame would embark on a scientific career - neither his family background nor the industrial lands of northern France where he grew up. Driven by an early passion for mathematics, he discovered his vocation as a researcher at the École normale supérieure (ENS-Ulm), an elite French graduate school.  "It is an open environment, where people take an interest in both the theory and the raison d'être of mathematics. This mind-set has always attracted me ". Today, Benoît Perthame is an internationally-renowned specialist in partial differential equations. Since 1986, he has been part of the team that achieved a significant result: the "averaging lemma" for kinetic equations. 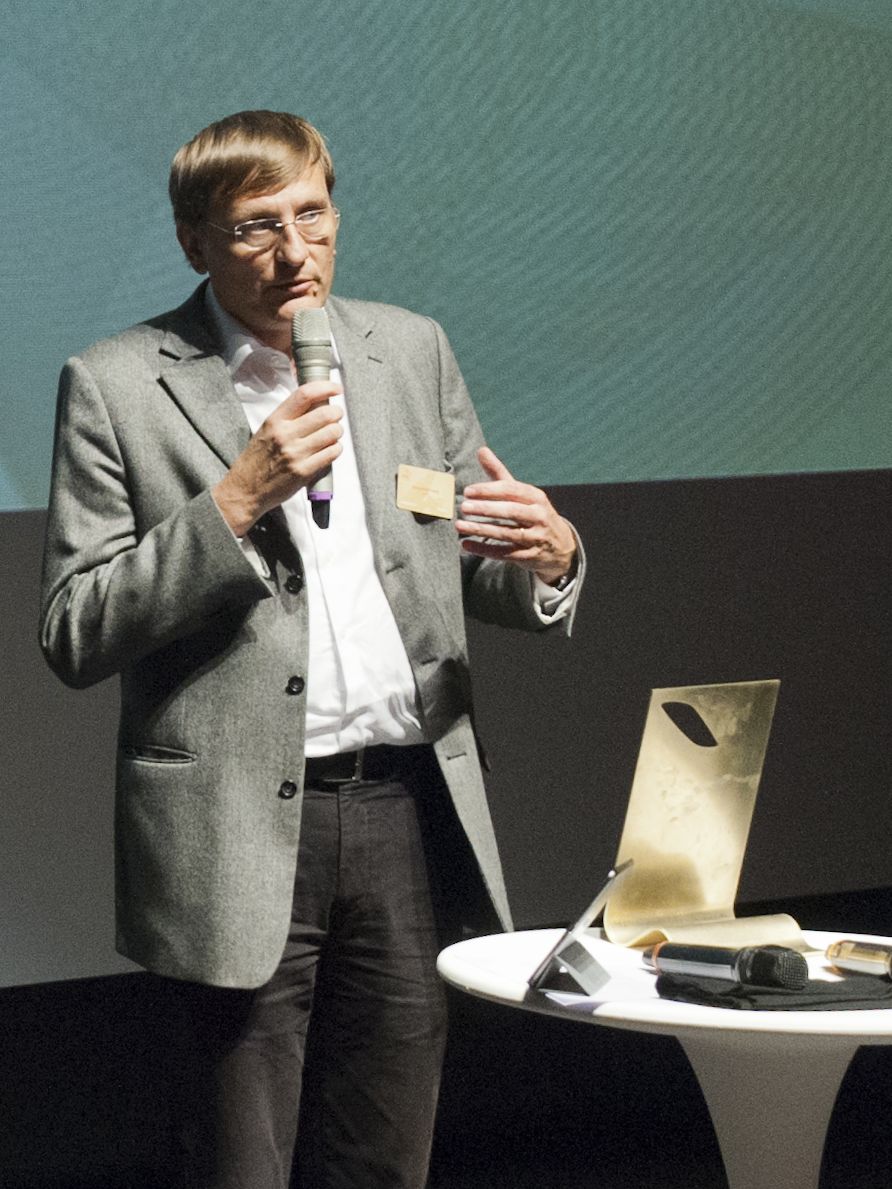 A professor in applied mathematics at ENS-Ulm, he is one of the first people to work on the life sciences, establish contacts with French and international researchers and then create a team within Inria combining researchers, biologists and doctors."That was prior to 2000. I had noticed the proliferation of research in the fields of mechanics, fluids and finance - themes where the French school has a very strong presence. At the time, biologists still had very few contacts with mathematicians, and few researchers in applied mathematics thought about the life sciences. There was a considerable disparity. Twenty years later, the French scene is well-structured, and has made up for lost time. "

Benoît Perthame subsequently began work on modelling and mathematical analysis in biology, and became fascinated by equations of Darwin's theory of evolution."It is one of the things I am most proud of. With evolution, whatever we do, there are mutations, variability - nothing is fixed. The biological approach differs greatly from traditional physics. For example, this theory leads to the modelling of resistance to treatments in order to better understand their mechanism. This all raises a wealth of questions. " Benoît Perthame has therefore addressed a wide variety of subjects that lend themselves to modelling. His studies result in practical applications in the field of cancer treatments, and in particular making chemotherapy more effective by adapting the administration of treatment according to the time of day or night: this is called chronotherapy. "With the digital simulation of biomechanical models, certain teams manage to predict the evolution of a cancer based on medical images. I am working on the understanding of models; the mathematics that hides behind these calculations is extremely complex ". There is also epidemiology - another application that makes great use of mathematics. For example, mathematical modelling makes it possible to understand how to optimise the methods aimed at eradicating dengue fever. Working together with Brazilian teams, this is an important research topic within his team.

Towards a useful science

When we talk to him about the impact of his work on society, the researcher remains cautious and modest. In particular, he refutes the fact that he led to the emergence of a "school"."That doesn't correspond to my career path, as I have been constantly changing subjects! "  He prefers to highlight the work of the teams and also his vision of a useful science: "Mathematics has founded many concepts that are of direct use to the economy. For example, a recent survey conducted by AMIES* concludes that it contributes directly to 15% of France's GDP. However mathematics isn't just about solving problems, it is also developing theories with arguments, putting reasoning into place, finding intellectually-interesting concepts and providing substance - whilst solving the real questions of today's world. "

With the Inria- French Académie des sciences Grand Prize, Benoît Perthame says he is "pleased that the biomedical application of mathematics - a fast-growing subject - is being placed at the forefront ".  Winning this prize is a sign of recognition, and that he is on the right track: "It tells me that my work is useful, that I should continue, that this field is recognised and has its place on the scientific landscape. " For students who are undecided over getting into the field of research, the professor comes out with some audacious and original advice: "I tell them: keep away from the schools and overly-structured communities and identify emerging subjects rather than those that are already well-established. That is where the greatest potential for new discoveries lies! "

Benoît Perthame is 50% certain of the direction his work will take over the coming years. For the rest, "c'est la vie ", "it's Darwin ", the system evolves, the researcher adapts. "After over 150 years, I am still amazed to see that the subject of evolution is still just as alive and is understood even better, for it is constantly questioned and enriched by new experimental observations ". 50% of established subjects and 50% of calling into question. And if that was the "Perthame system"?

*AMIES: Agency for mathematics in interaction with business and society

Panagiotis E. Souganidis, Charles H. Swift Distinguished Service Professor, Department of Mathematics, The University of Chicago
"I have known Benoit for more than 30 years. We completed our degrees about the same time and it has been a real pleasure to work with him in several different projects. He has had a remarkable career and produced outstanding and groundbreaking results in several areas of applied analysis. He is clearly one of the innovators. I am also impressed by his early decision to work in the emerging at the time area of mathematical biology. With his energy, abilities and perseverance he was able to create what I would call a school, whose work and influence has had already a major impact in this area"