Date:
17 Mar. 2014
Publish on 20/02/2020
The third "Semaine des Mathématiques" (Mathematics Week), from 17 to 22 March 2014, focuses on "Mathematics at the crossroads of cultures". This gives us the chance to look back at the career of Aline Carneiro Viana. Aline was born in Brazil. This trilingual Inria employee embodies a living, creative science open to the world. Let's meet her. 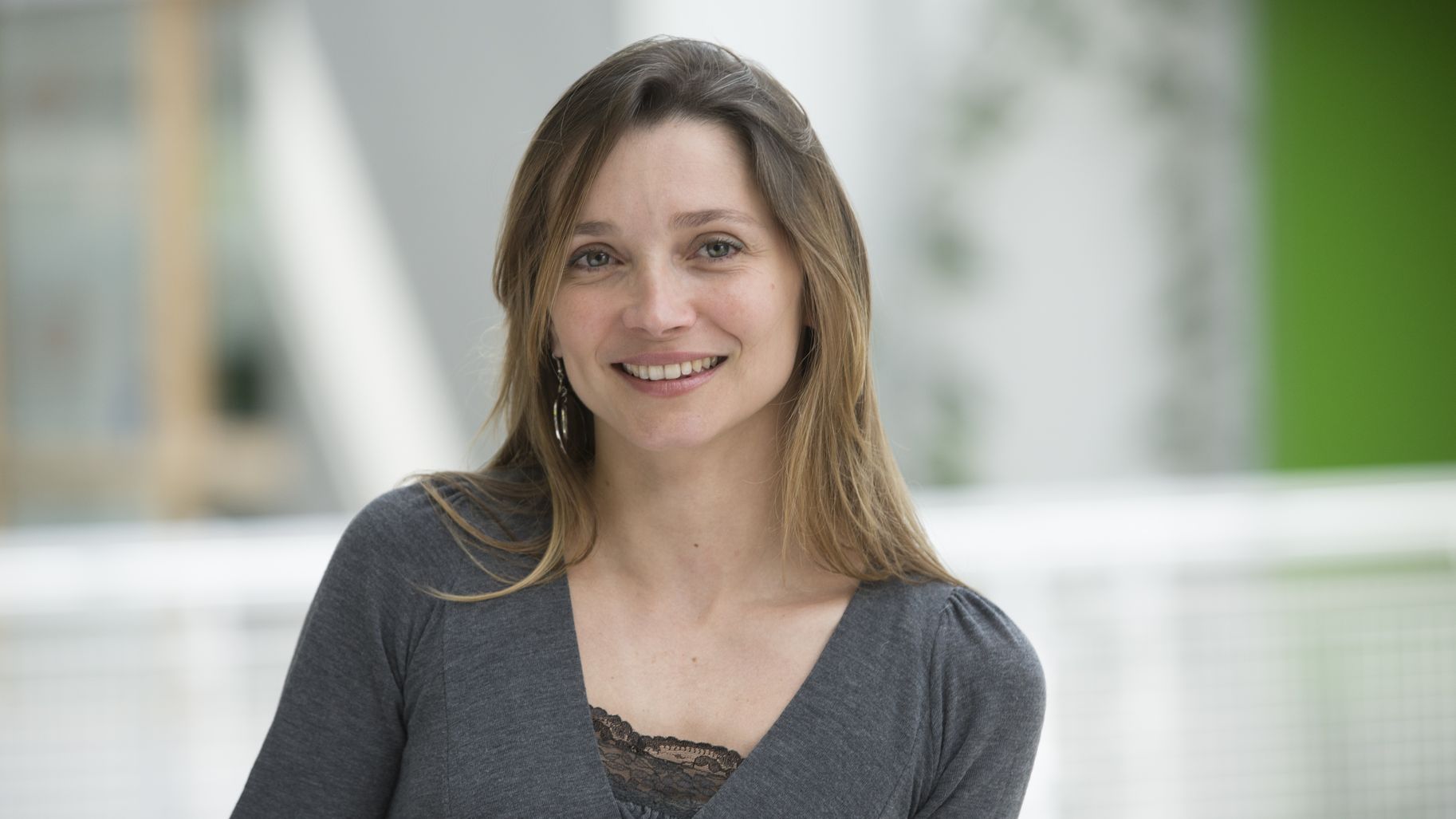 At home, Aline and her husband, also a researcher, try hard not to talk about research so they can devote themselves to looking after their little girl. The rest of the time, she lives only for wireless mobile networks. This passion started during her studies in Brazil and developed in France, where she arrived at the age of 26 to complete her PhD thesis at the LIP6 laboratory of the Université Pierre et Marie Curie. This is a field of research to which Aline is totally dedicated today : "At the start of my career, I was desperate to publish and was looking in different directions. But, in order to be creative and diligent and keep the thrill of constantly taking on new challenges, you need to focus on a subject you are really passionate about."

At college, as at school, Aline Carneiro Viana always wanted to be the best at mathematics. She owes this to her father, who was a mapping engineer : "Even when I was a child, he gave me simple tricks for calculating quickly and solving problems. Maths is an essential universal tool for validating ideas in many scientific disciplines."  Aline was tempted by a career in engineering, but she discovered IT at school and it quickly became her favourite subject. Her passion for communication networks arose during the first year of her degree at the Universidade Federal de Goiás, near Brasilia. "I bought the 4th year books and studied the subject on my own. And I got two paid internships in the field of networks, each lasting a year."  Once Aline had completed her degree, she founded a start-up specialising in network consultancy. But after three years, she became bored of the repetitive nature of the work, "I needed to be challenged every day and continue to learn."  She decided to continue her studies at the University in Goiânia, then in Rio de Janeiro, where she wrote two theses on networks, one for her Masters and the other for her PhD, which brought her to France in 2002.

The following year, she made her first presentation at an international conference. It was a success which she remembers as being stressful! "Learning French had made me forget my English. I repeated my speech more than ten times. Good English is essential for talking to other researchers and promoting your work. That is why I work with Brazilian, Australian, American and English students, to give them the chance to experience different ways of thinking and open up to a different culture."

Aline Carneiro Viana is currently the international coordinator of two major research projects developed by Inria: MACACO, supported by the European Commission, and UCOOL, a project of the scientific cooperation programme with Latin America, ICST AmSud. Both projects focus on mechanisms for downloading data passing through wireless mobile networks, in view of the rising traffic volumes caused by the democratisation of smartphones. Aline is always on the go and in the next few months will take part in several international conferences, which she is also co-organising. She also finds time to share her experiences with young scientists at the N2 Women research network.